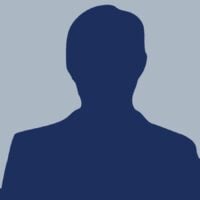 1 september 2021: Absolut Vodka announces its new bottle design which marks the biggest refresh for the brand since its launch in the USA in 1979. A tribute to Absolut’s credentials provenance, heritage and authenticity, the new look aims to harmonize and upgrade the design of the iconic clear glass packaging.

Influenced by the community surrounding its production and distillation in and around Åhus, Sweden, the new bottle includes changes that nod to the craftmanship and rigor behind the renowned vodka. These design updates include:

Speaking about the brand’s new bottle design, Charl Bassil, Global Vice President, Marketing, Absolut said: “Our new look reflects the efforts we put into the making of our vodka. We’ve taken a look at ourselves and have landed in a place where we’ve kept our distinct DNA, communicating our provenance, heritage and authenticity more clearly than ever before.

Our new bottles still hold the same well-balanced vodka they always have but celebrate the nature and craft that make Absolut Vodka perfect for everything it mixes with.”

Elin Furelid, Global Head of Product Portfolio & Design, Absolut adds: “We were keen to capture our rich, quality story and make that clearer on the bottle, signposting to what makes our vodka unique. We have of course kept the most important design elements that makes Absolut, Absolut.”

The updates to Absolut Vodka’s new-look bottle mean it has kept its iconic shape inspired by an 18th century apothecary bottle but modernized its design. The redesigned bottles still house the same high-quality Swedish vodka that makes Absolut perfect for everything it mixes with.

With Sweden now taking pride of place in a central location on the front of the bottle, it is clear the progressive vodka is authentically rooted in its community of farmers, distillers and bottlers who blend winter wheat with pristine water from a local deep well to create the distinct vodka consumers know and love. Up to 10% of all wheat in Skane is purchased for Absolut Vodka, and the brand works with 400 farmers in Sweden, promoting sustainable farming techniques and values to ensure a sense of care for the local land and community.

Absolut Vodka is one of few brands to produce everything within a 75-mile radius, and as a result, delivers vodka containing only natural ingredients – boasting the same high-quality liquid now as it did when Lars Olsson Smith first began the distillation process.

The new design Absolut Vodka bottles will be available in the US from September 2021 onwards and continue to roll-out globally depending on current stock inventories.

About The Absolut Company

The Absolut Company has the worldwide responsibility for the production, packaging innovation and strategic marketing of Absolut Vodka, Malibu and Kahlúa.

Malibu is the number one rum-based coconut spirit in the world.

Absolut Vodka is one of the world’s top ten international spirits brands. Every bottle of Absolut Vodka comes from one source, Åhus in southern Sweden.

Kahlúa coffee liqueur is the world leader in its category.

The Absolut Company portfolio also includes Åhus Akvavit. The visitor center, Absolut Home, located next to the main production site for Absolut Vodka, was opened in 2018. The head office is located in Stockholm, Sweden. Chairman and CEO is Stéphanie Durroux. The Absolut Company is a part of Pernod Ricard, the world’s second largest wine and spirits producer (source: IWSR). 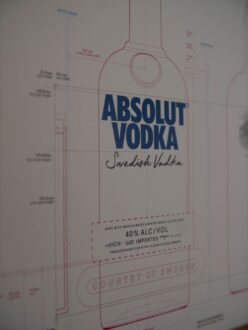 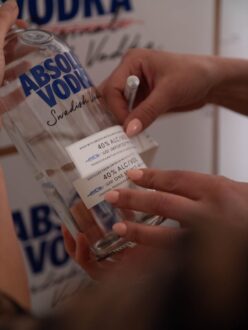 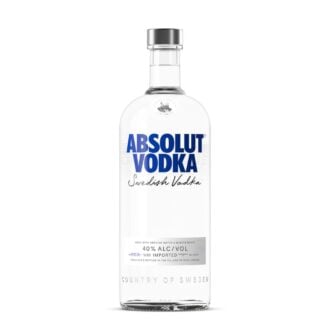 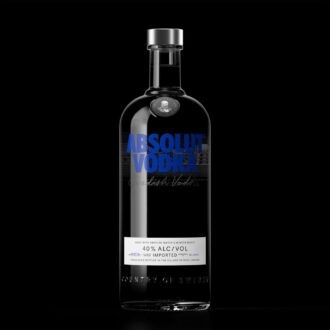 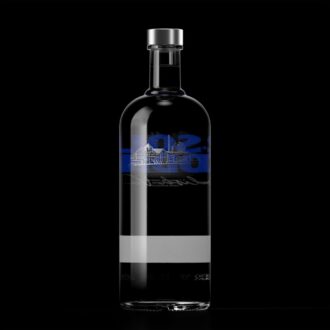 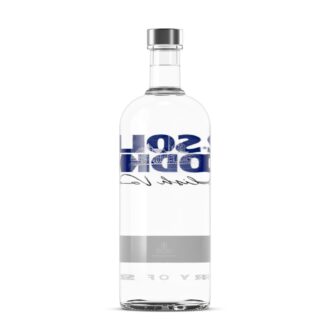